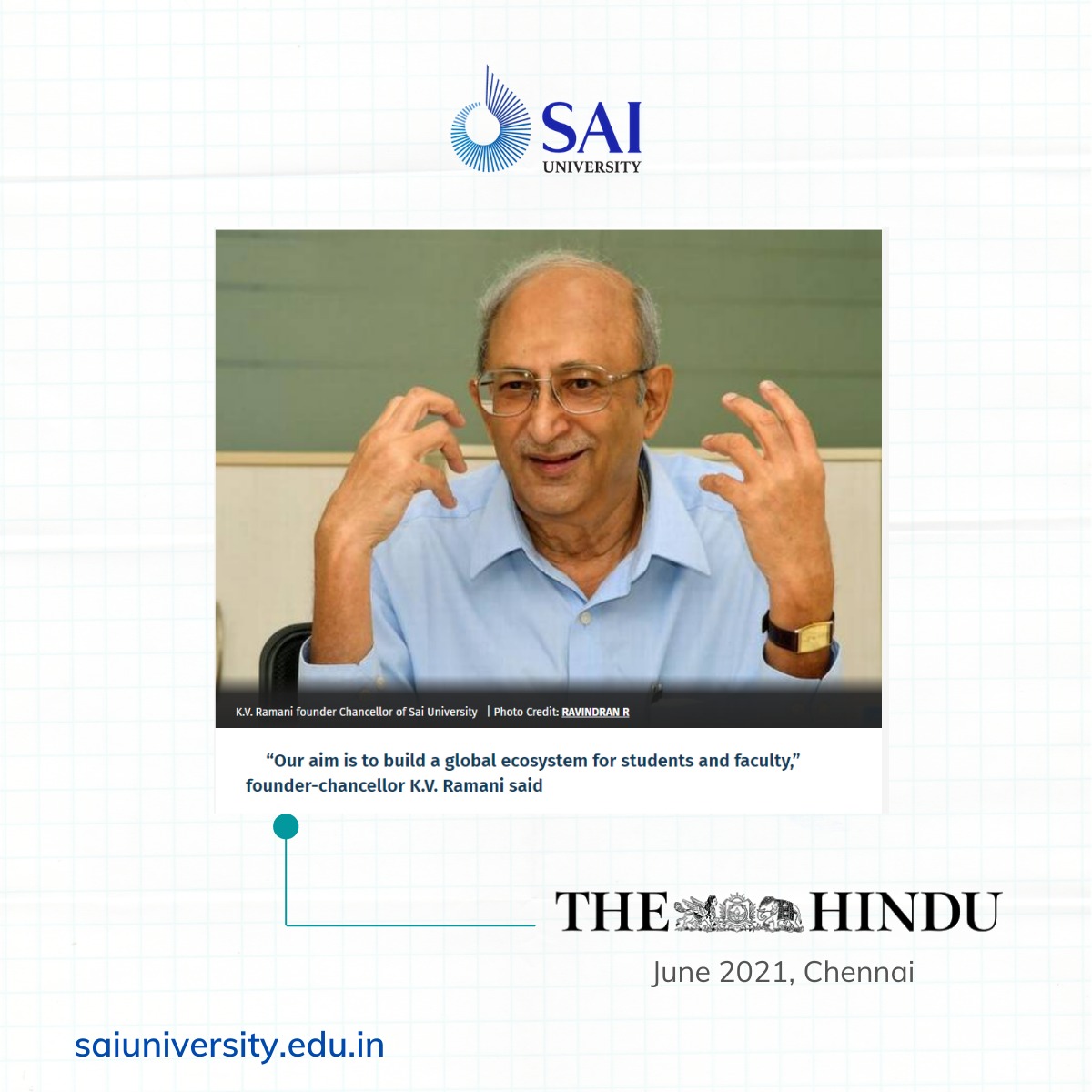 SAIU WILL BE A GLOBAL UNIVERSITY, SAYS K. V. RAMANI

Sai University will be the first to provide a global education ecosystem in India, said K.V Ramani , Founder and Chancellor of SaiU, in an invigorating interview to The Hindu. In the interview, he talks about the array of scholars and faculty members at SaiU, the 106-acre net-zero campus,  the futuristic UG and PG programs and much more.

Mr. Ramani said he conceived of the university when he found that no education institute figured among the top 200 global institutions. The university’s governing council includes many Padma awardees. Mr. Ramani also said that, to begin with, around 250 to 300 students will be admitted in three undergraduate programs in liberal arts, science and technology, and one postgraduate program in law.The university will later on offer engineering, technology, management and eventually medicine courses.

“The fee structure would be a fourth or a fifth of what students spend on going for an undergraduate education abroad,” Mr. Ramani said in the interview.

Mr. Ramani further stated in the interview that the concept of a global university is doable, pointing to the growth of software services and the private healthcare sector, both of which had developed in the past 30 years.

“In the IT sector we created an industry from zero. Today, when we go to fund a software company [in Western countries] they first ask us what is your India plan? If you don’t have an India plan you get a tie-up done and then come to us,” he remarked to The Hindu.

Similarly, 35 years ago Indians went abroad for a bypass surgery. Today, India is sought by foreigners for healthcare. “We want to repeat the same magic in the education sector,” he said.