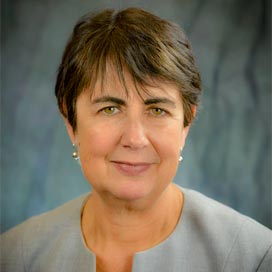 Her research contributions range from solving challenging problems in computational geometry to practical application across disciplines. In addition to her scientific and policy contributions, Diane is dedicated to increasing diversity and advancing women and underrepresented groups in mathematics, science, and engineering and works to enhance pre-college education in mathematics and computational thinking.

In 2008, President Bush appointed Diane to the National Science Board, a 24-member body that governs the National Science Foundation and advises the United States government about science policy. In 2014, President Obama reappointed her to the Board. She was elected Vice Chair on May 6, 2016 and Chair on May 3, 2018. In 2011 and in 2016, respectively, she was elected Fellow of the Association for Computing Machinery (ACM) and of the American Association for the Advancement of Science (AAAS). She serves on the Board of Trustees for the Computer History Museum and for TERC.